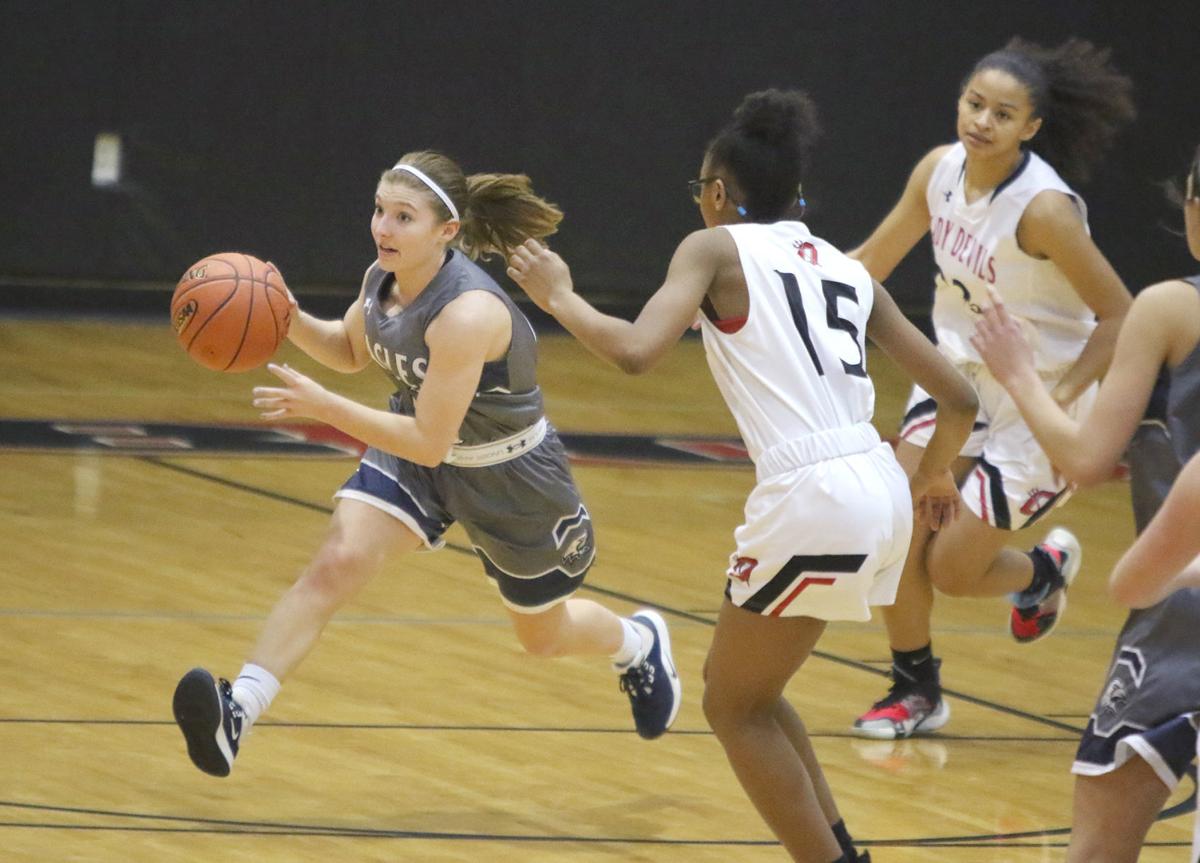 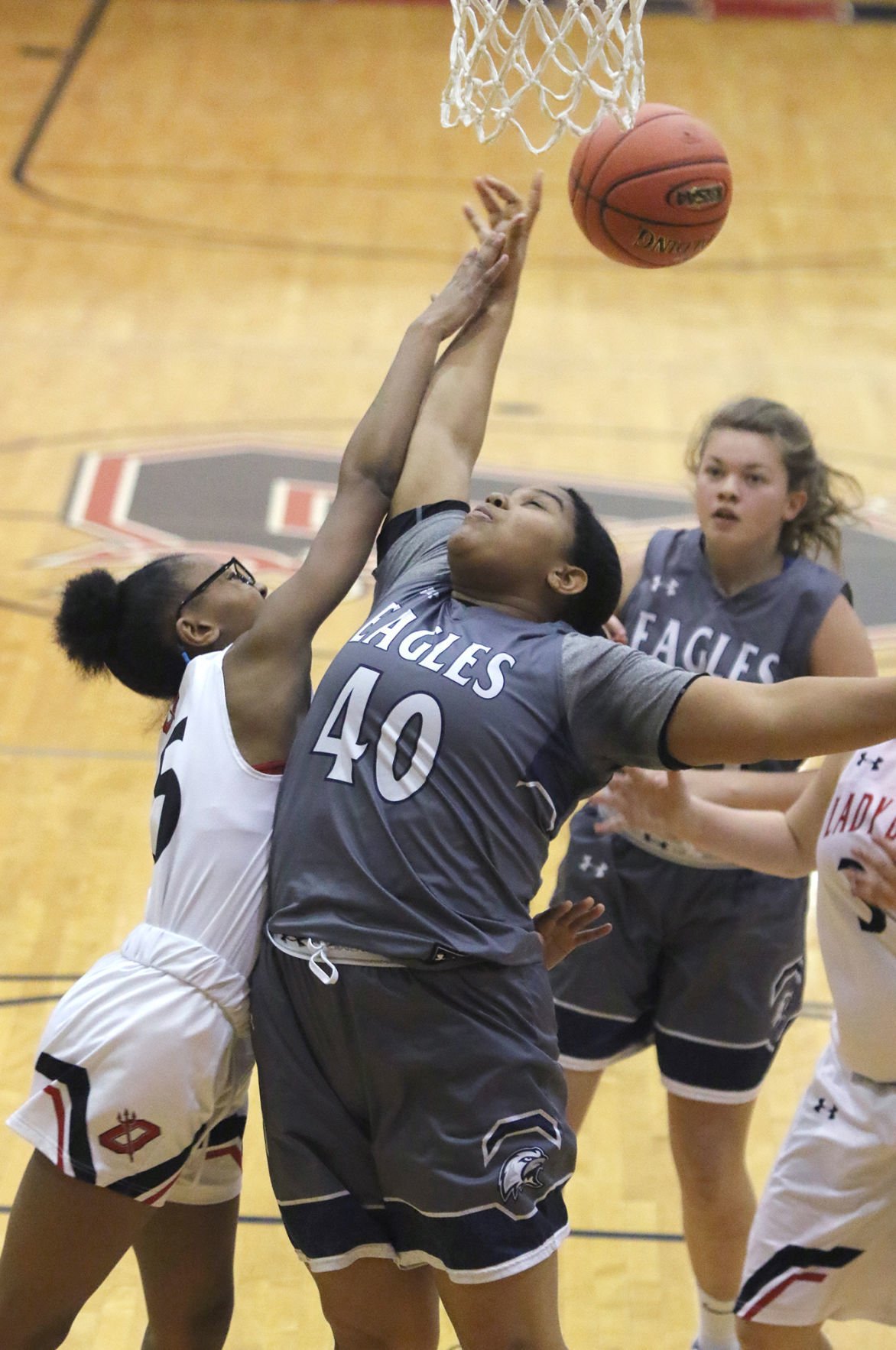 Ohio County’s Rain Embry gets the ball knocked away by Owensboro’s A’Lyrica Hughes during Monday game.

Ohio County’s Rain Embry gets the ball knocked away by Owensboro’s A’Lyrica Hughes during Monday game.

Ohio County got significant contributions from several individuals in its 52-38 victory over host Owensboro in a girls’ basketball game Monday night at the Owensboro High School gymnasium.

“I thought we played better in the first half than the second half, but I was pleased with the way we handled their pressure for the most part,” said Lady Eagles coach Matt Brigance, whose team snapped a three-game losing skid.

“Owensboro did a good job crashing the boards in the fourth quarter trying to get back in it, but we settled down and finished pretty strong at the end.”

That, however, is when Lady Eagles sophomore forward Allie Bullock hit consecutive 17-footers from the right side over the next minute, thwarting the Lady Devils’ late comeback attempt.

“Those were two big shots,” Brigance said. “Addie continues to improve for us, and she’s gained a lot of confidence as the season has progressed. She’s one of our better shooters and stepped up and hit two big shots for us late.”

Ohio County led 13-6 at the first break and got six points from Rain Embry in a 13-4 second-quarter run that stretched the lead to 26-10 by intermission.

“We came out flat and didn’t play with the energy we needed to play with in the first half,” OHS coach Jansen Locher. “I was happier with our effort in the second half. We picked up the pressure and attacked the basket better.

“But Matt does a good job with their team and they kept their composure at the end after we made a little run at them.

“We just need to keep plugging away and get a little better every time we step on the floor.”

Owensboro was paced by Hughes, an eighth-grader who scored 10 points and made four steals. Lyric Lawrence and Brooklyn Williams each grabbed eight rebounds.

OHS is back in action tonight against visiting Union County, and Ohio County returns to the hardwood on Friday when they visit 10th District rival Muhlenberg County.