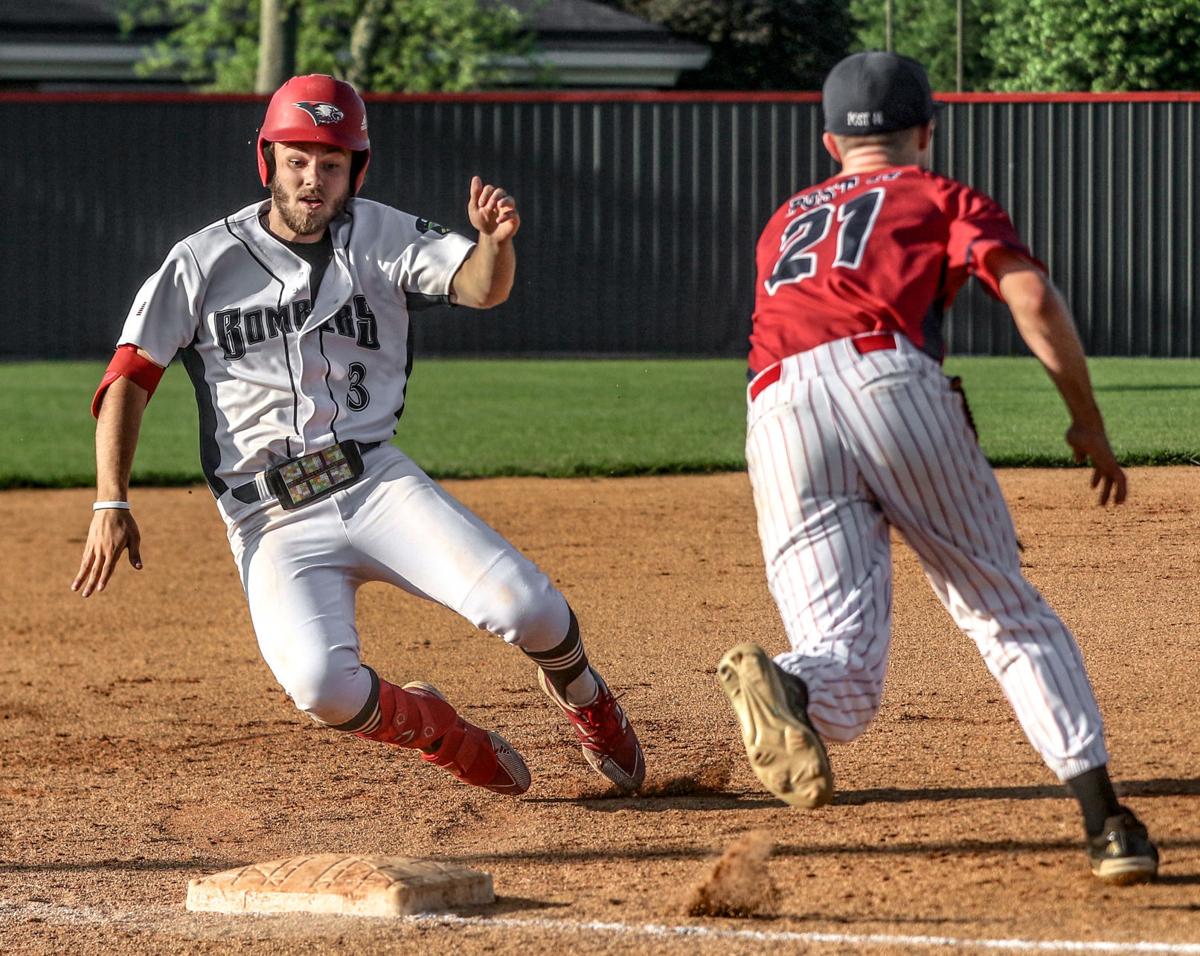 Owensboro Bombers’ Garrett Small slides into third for a triple as Newburgh Post 44’s David Schultz waits on the ball in the second inning Wednesday against Newburgh Post 44 at Shifley Park. 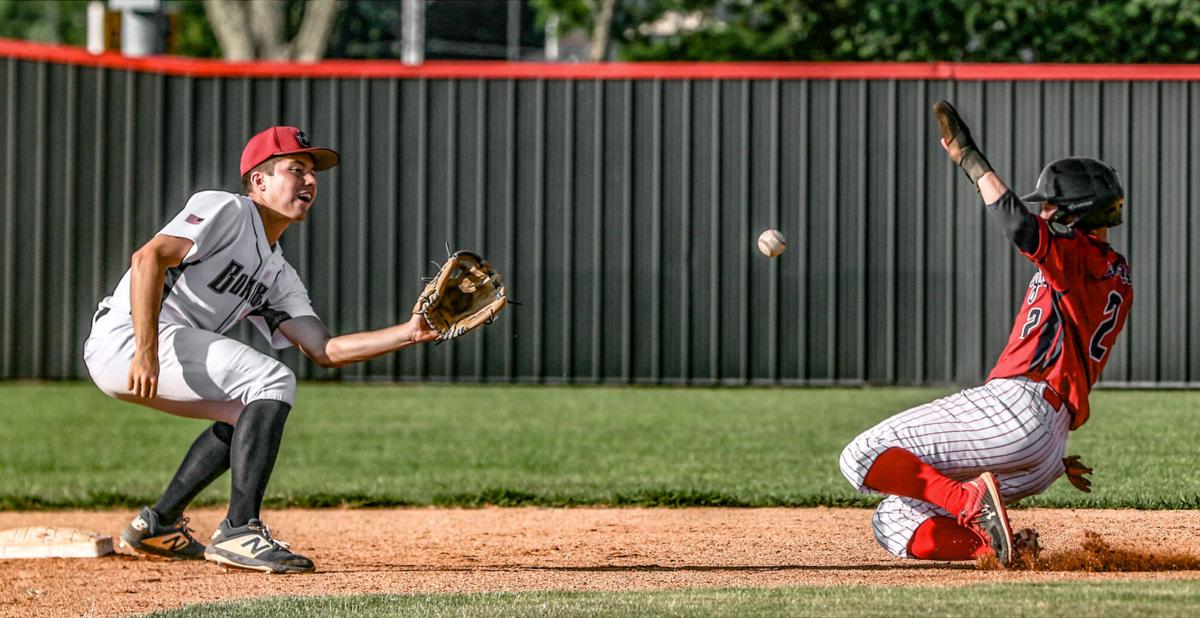 Owensboro Bombers’ Demetrio Ortiz gets the out at second base on Newburgh Post 44’s Evan Doan during action Wednesday at Shifley Park.

Owensboro Bombers’ Garrett Small slides into third for a triple as Newburgh Post 44’s David Schultz waits on the ball in the second inning Wednesday against Newburgh Post 44 at Shifley Park.

Owensboro Bombers’ Demetrio Ortiz gets the out at second base on Newburgh Post 44’s Evan Doan during action Wednesday at Shifley Park.

Led by Breckinridge County rising senior Cohl Proctor, who struck out 13 batters in the victory, the Bombers rolled to a 6-1 victory over visiting Newburgh Post 44 at Shifley Park’s Jack Hicks Field.

“Proctor, right now, is just absolutely in the zone,” Bombers coach Matt Freeman said of the hurler, who surrendered just two hits with three walks in five innings. “He’s pounding it with hard fastballs, and he’s had pinpoint accuracy.”

Proctor also drove in a pair of runs to help his own cause, including a sacrifice fly in the first inning that scored Brock Brubaker and put Owensboro ahead 2-0. Brubaker got on base with an RBI triple that scored Harrison Bowman, who led off with a base hit.

The Bombers (5-2) added to their lead with one run in each of the second and third innings. Braxton French led off with the second with a triple and then scored on an RBI groundout by Aiden Wells, followed an inning later by another sacrifice fly from Proctor.

A sacrifice fly by Tanner Klee and an RBI single by Hunter Payne pushed Owensboro to a 6-0 advantage in the bottom of the fourth.

According to Freeman, his team’s early scoring output helped Proctor build confidence as the game progressed.

“For any pitcher, it loosens them up,” he said. “With the way Cohl’s been pitching, it’s incredible to get some runs for him early in the game.”

Brandon Davis entered in relief in the sixth inning, fanning four batters, walking two and giving up one hit with an unearned run.

Newburgh scored its lone run in the top of the seventh on a passed ball, but it was held in check from there.

Brubaker and French paced the Bombers offensively, with both going 3-for-3 at the plate. Brubaker clubbed a double and a triple, while French finished with a double and also plated two runs.

“Brubaker had an absolute gem of a game tonight,” Freeman remarked. “I couldn’t be more pleased with the way he’s running the bases.

“This is Braxton’s breakout game. French is going to be a sophomore (in college) this coming year, so we have a lot of expectations for him. He played with us this past year, he’s a little bit older now, and he’s doing a really good job for us.”

Bowman finished 2-for-3 with two runs scored for Owensboro, as well.

After a runner-up finish at the Mayfield Invitational this past weekend, along with Wednesday’s performance, Freeman is encouraged by the direction his team is headed — noting that there’s also still room to grow.

“We have a group of kids that are very baseball-savvy,” he said. “They know how to pitch. We’re hitting behind runners. Kids are taking extra bases.

“(Over the weekend) we felt like our pitching would be pretty good, but our offense exploded. We had a ton of hits, and the kids have just continued that. Our pitching’s been solid so far. If I could get them to do anything right now, it would be to swing earlier in the count in fastball situations, but I’m real pleased with the way the kids are playing, and hopefully they stay hungry.

“We got some goals we want to reach as a team, but we’ve got to take it one step at a time.”

The Bombers play again Friday when they host Boonville at 7:30 p.m.

Video shows dramatic rescue of baby trapped under a car

Hear doctor's emotional plea for people to get vaccinated