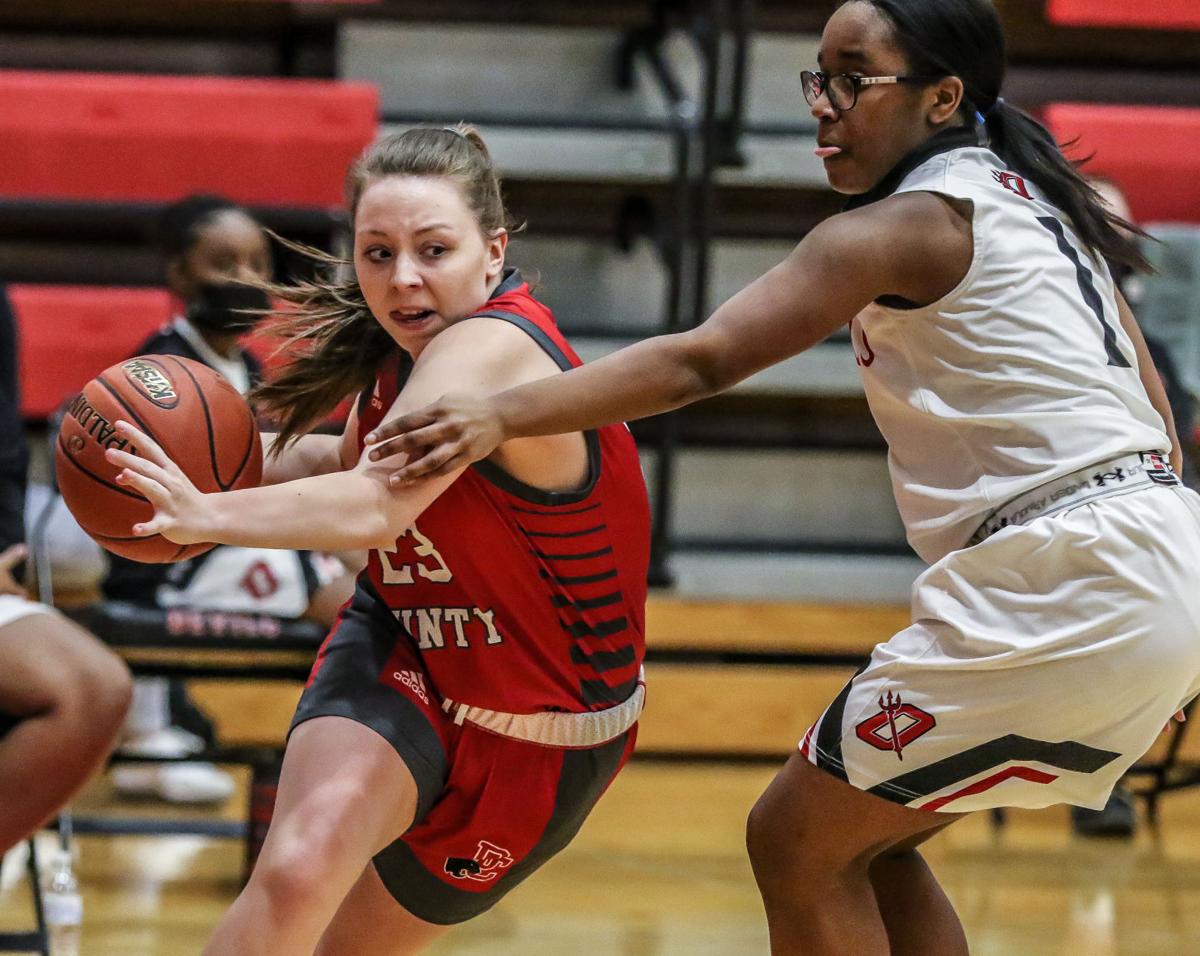 Daviess County’s Ella Payne gets to the basket around Owensboro’s Tamia Smith during the first quarter Friday at Owensboro High School. 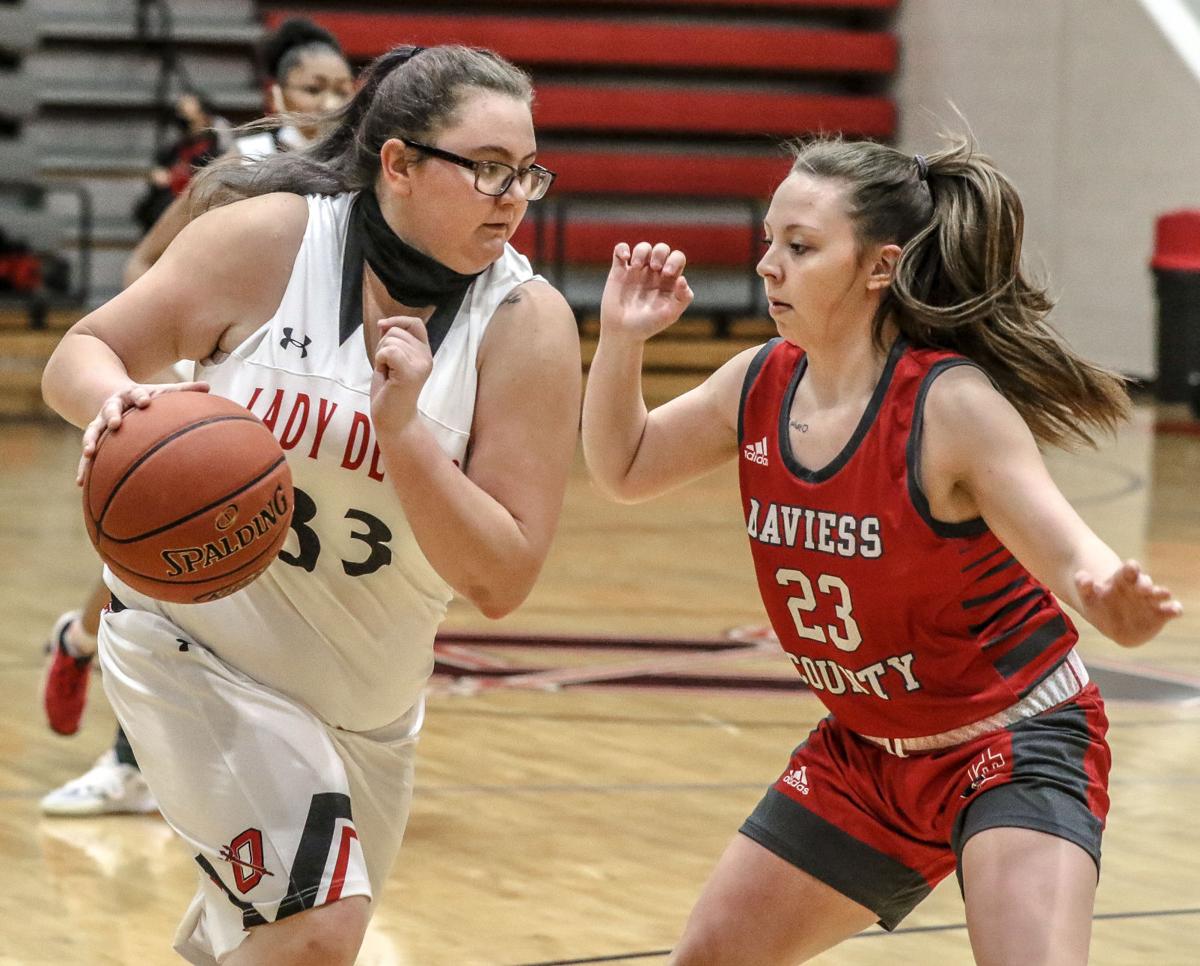 Daviess County’s Ella Payne gets to the basket around Owensboro’s Tamia Smith during the first quarter Friday at Owensboro High School.

Owensboro High School found a way to survive with a couple of key players hurt in the second half Friday night.

Tough defense in the lane in the fourth quarter helped OHS hold off Daviess County 52-46 at the OHS gym.

The Lady Devils got some points from everywhere on a night when none of them scored double figures.

The Devils were especially physical inside late in the fourth quarter, when they kept the Panthers from scoring over the last 1:34 of the game. DC had good chances underneath the basket, but couldn’t get anything to drop.

The game was tied for the final time at 46-all then OHS got baskets from Lawrence and Tamia Smith. Two free throws by Krystell Pappas with 25.9 seconds left were the final points in the game.

“Shots not falling is a big problem,” DC coach John Kirtley said. “When the shots fall you tend to get some momentum, a little more energy, and our inability to do that impacted us down the stretch.

“Owensboro, their energy level and strength inside, they played a very impressive game tonight.”

Stories from the Heart: Donovan Wilson doesn't forget his hometown

OHS had to get through some injuries during the game, with A’Lyrica Hughes having an ankle problem and Smith hitting her head on the floor late.

Hughes came back in the game for a couple of minutes in the third quarter, but she sat most of the fourth quarter. Hughes finished with eight points and four steals. Smith also had four steals. Pappas also scored eight points.

“She will be fine (Hughes) we were able to stay in the game without her,” Locher said. “We got her back in there for a few minutes, I was worried about a re-injury. She’ll be fine in a couple of days. She’s a threat hurt or not, so that opens things up for other people.

Adylan Ayer had a game-high 20 points for DC and Lily Hoagland added 10.

Ayer scored nine straight late in the second quarter to give DC a brief lead, 25-23, before Lawrence drained a 3 to give OHS a 26-25 lead going to the fourth period.

“It’s always nice to have a player who can create for themselves and keep you in ballgames,” Kirtley said.

Stories From the Heart: Donovan Wilson

Photos: Huskers get best of Gophers in Round 2 at Devaney Sports Center

Ep. 180: Calendar changes for the Huskers and recruits; Hoiberg's team looking for progress

Stanley Tucci's negroni with a twist

The Lincoln Project is imploding. Here's why.