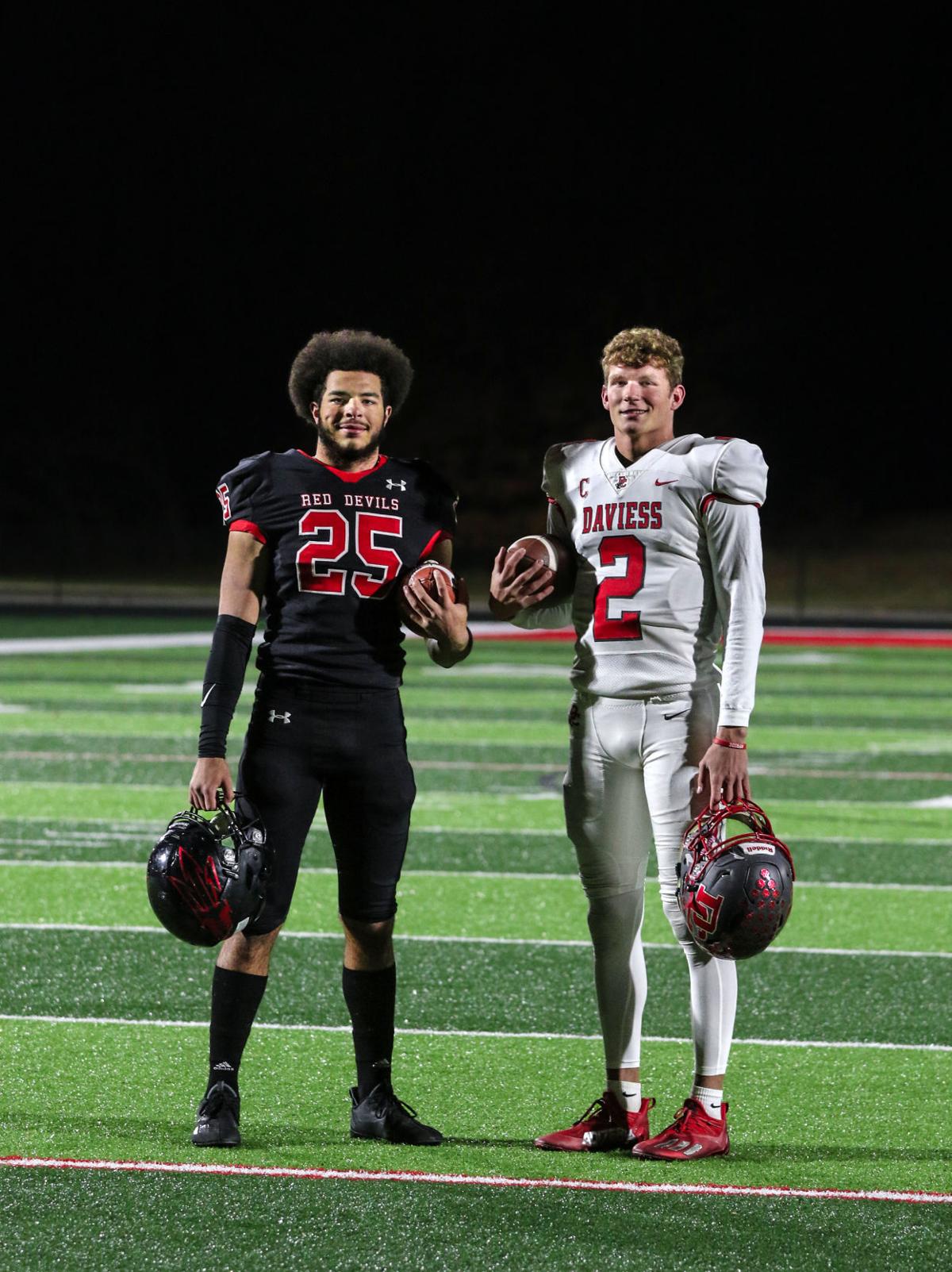 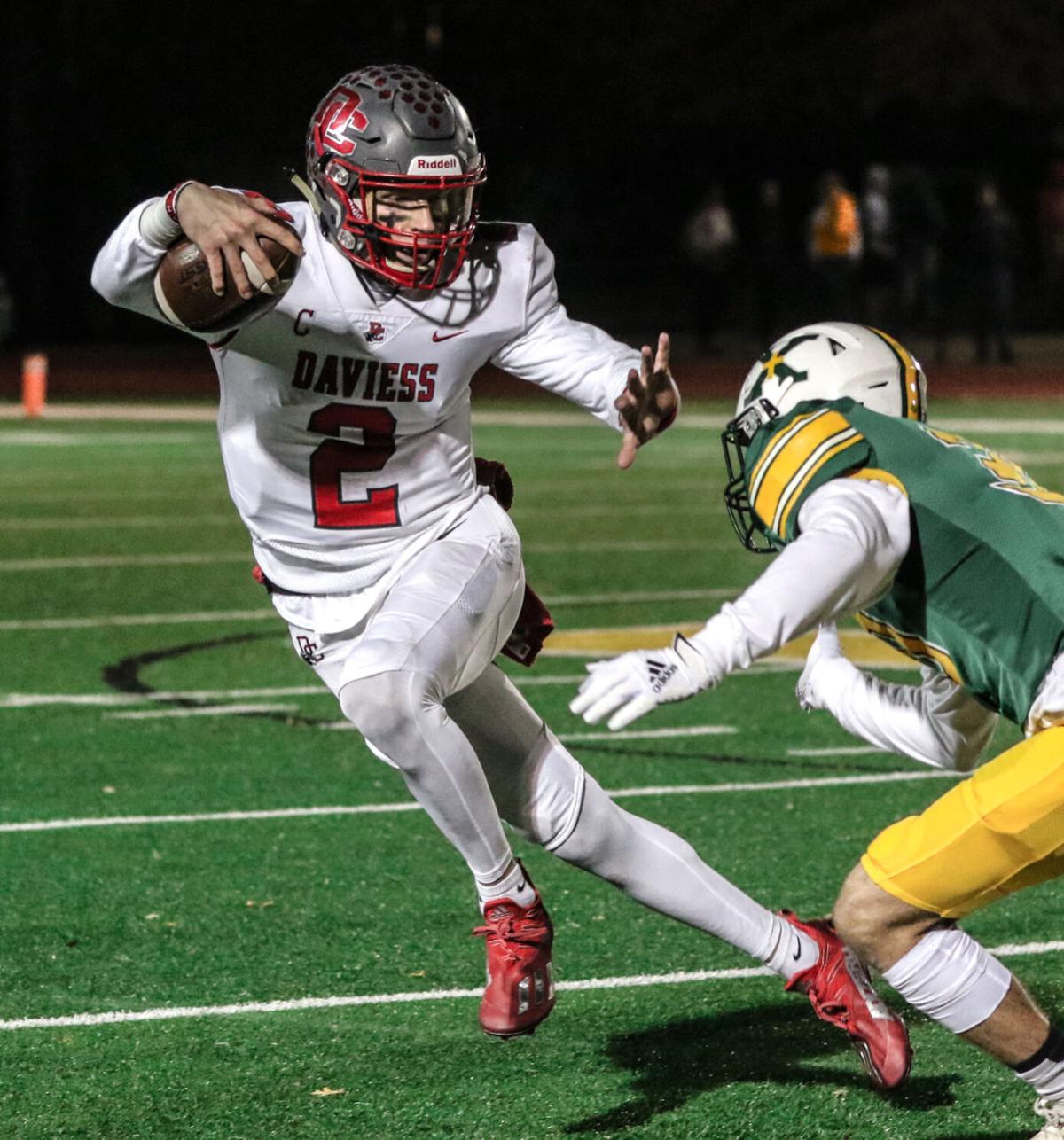 What Joe Humphreys has done in three record-shattering seasons as starting quarterback at Daviess County High School has been nothing short of extraordinary.

Not only has Humphreys established himself as one of the best players in the commonwealth — worthy of serious Kentucky Mr. Football consideration — he helped transform the Panthers’ program into one of the state’s best at the Class 6-A level.

As a strong and speedy 6-foot-4, 185-pound senior, Humphreys completed 263-of-391 passes for 3,940 yards and 48 touchdowns, also rushing for 601 yards and 17 TDs, while leading DC to a 9-1 regular-season record — becoming a runaway choice as Messenger-Inquirer Area Offensive Player of the Year.

“It’s been a fun season,” the affable Humphreys said, smiling. “Our line has stepped up tremendously all season, we have a great group of players at the receiver position, and we’ve worked hard before practice and after practice to become the best we can be.

“We’ve been able to break some school records, we’ve been able to step on the field and win week in and week out, and it’s just been a fun thing to be a part of. It’s been a great season, and I wouldn’t have been able to do what I’ve done without my teammates.”

“Joe is a special quarterback, a special football player, and he has proved that week after week through what has become a spectacular high school career,” Brannon said. “One of the most impressive things about Joe is his will to succeed, to get better — he has continually put in the extra work needed to become a more complete player.

“Joe’s arm speaks for itself, and, of course, he has the numbers to back that up, but a lot of people don’t really understand how strong and how fast he is. He’s the fastest player on our team (4.47 for the 40-yard dash) and one of the strongest players on our team.

No. 2 Michigan routs No. 15 Iowa in Big Ten Championship Game

“Joe is an impressive young man, across the board.”

Among the collegiate programs, thus far, who have noticed are Temple, Army, Appalachian State, Middle Tennessee and UAB — although Humphreys said there is no set date for him to make a college commitment.

His career ascension at DCHS, meanwhile, has been consistent and impressive.

Last season, as a junior, Humphreys completed 123-of-229 passes for 1,577 and 21 touchdowns, with five interceptions, again rushing for seven scores, but DC finished just 3-5 and missed the postseason.

This fall, of course, the program put everything together — led by Humphreys’ dominant season.

“One of the areas I’ve improved in since I started here is leadership — that’s one of the things I’m most proud of, the development of my ability to lead,” Humphreys said. “This season has been so much fun because we’re all on the same page, we’re all after the same goals, and we play confident every time we step on the field.

“One day, maybe years from now, I believe people are going to look back on what we accomplished and say that this is the best team ever at DC — I’m really proud to have been a part of that.”

What people are saying about Adrian Martinez entering the transfer portal