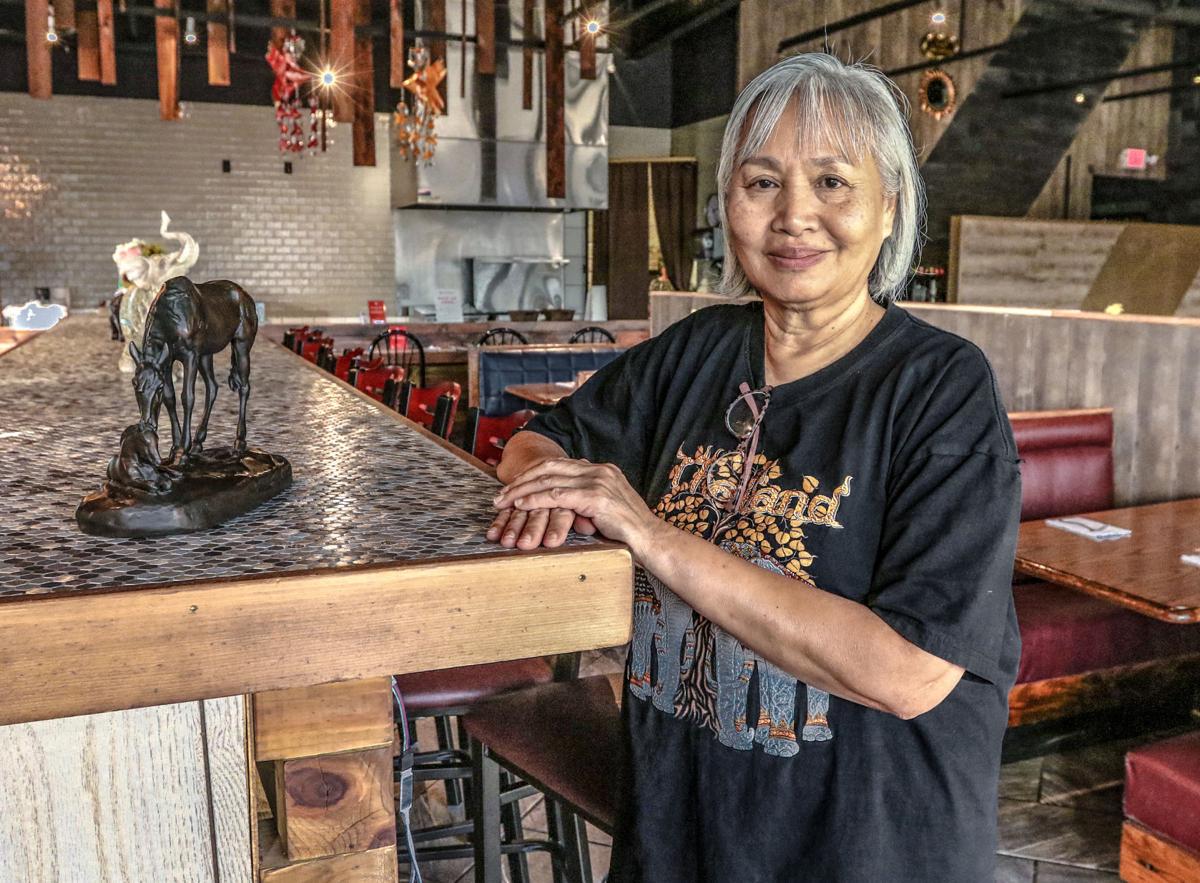 Nang Crowe stands at the bar-seating area in the new location of Thai Food Owensboro at 2601 W. Parrish Ave. 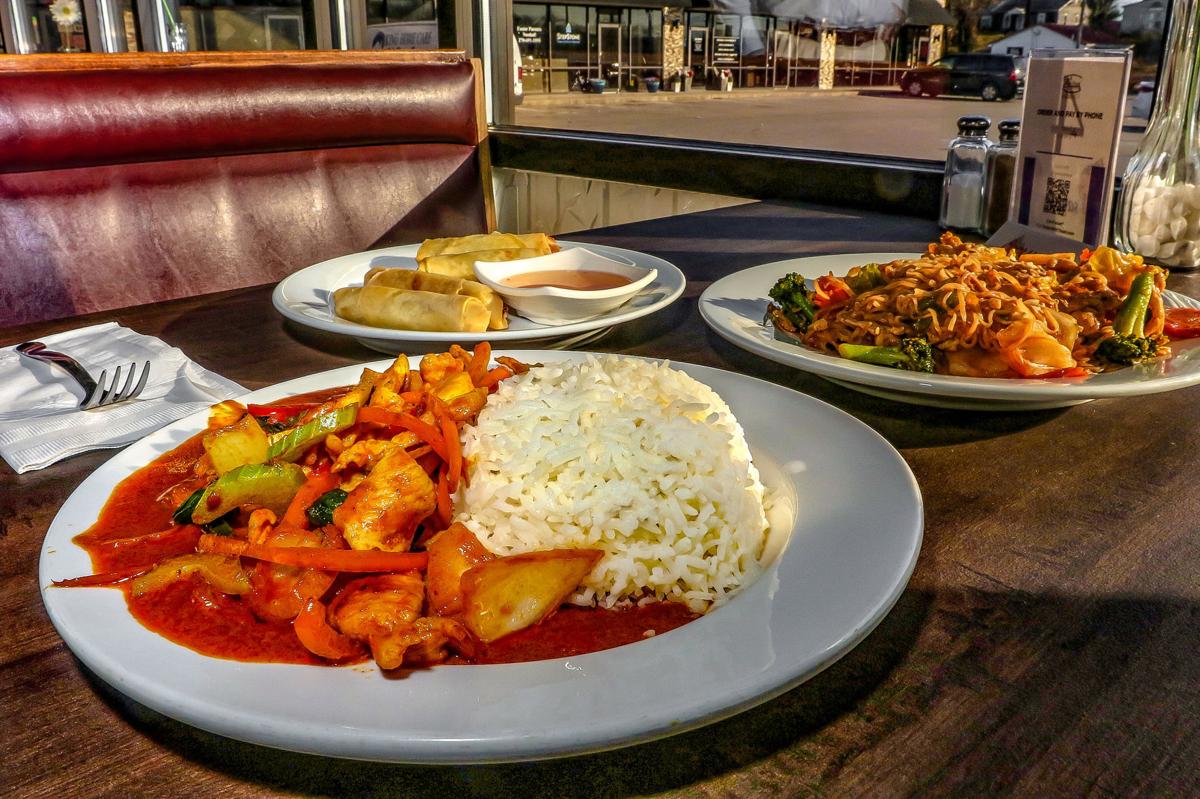 Nang Crowe stands at the bar-seating area in the new location of Thai Food Owensboro at 2601 W. Parrish Ave.

Nang Crowe will celebrate the fifth anniversary of her Thai Food Owensboro restaurant in February in a new, larger location with plenty of parking.

Crowe, a native of Korat, Thailand, a city of roughly 170,000 people, opened the restaurant in February 2017 in the former PizzAroma location at 1401 Carter Road.

She could crowd between 60 and 70 people inside, but parking was extremely limited.

But this fall, Sean Byrne bought both that building and the one next door at 2629 W. Parrish Ave. with plans to raze them for a new car wash.

And he worked out a plan to move Crowe into Charlie Kamuf’s West Parrish Plaza strip center two doors down.

“Sean helped me talk with Charlie Kamuf to get this place,” Crowe said. “It looks nice now, but we had a lot of work to do.”

The space is much larger, seating about 100 comfortably, she said.

It’s wide open and has an industrial vibe.

She now has a drive-thru window, along with inside dining and delivery.

Another 30 years passed before Owensboro saw its first Japanese restaurant — Shogun of Japan on Wildcat Drive — in late 2004.

Others opened soon after that.

But Crowe still has the only Thai restaurant in town.

“I’ve built the business from cooking at the Multicultural Festival,” she said. “We have customers who visit the city, people from Evansville, Bowling Green and Nashville. People who travel come here when they are in Owensboro.”

Thai cooking is defined by lightly prepared dishes with strong aromatic components and a spicy edge.

“I’ve been told I have the best egg rolls in town,” Crowe said. “They’re homemade.”

She said she uses only fresh ingredients.

“Thai people don’t use much canned food,” Crowe said. “ I grew 120 bushes of chili peppers in my garden this year and I grew enough lemongrass for a whole year.”

She said, “Our food has lots of fiber. It’s healthy.”

The restaurant is open from 11 a.m. to 8 p.m. Monday through Saturday.

The busiest times are Thursday, Friday and Saturday, Crowe said.

And like most businesses these days, she said, “I need more help.”